Rare Disease Day is an annual, awareness-raising event co-ordinated by EURORDIS at the international level and by National Alliances and Patient Organisations at the national level.

The main objective of Rare Disease Day is to raise awareness amongst the general public and decision-makers about rare diseases and their impact on patients’ lives.

The campaign targets primarily the general public but it is also designed for patients and patient representatives, as well as politicians, public authorities, policy-makers, industry representatives, researchers, health professionals and anyone who has a genuine interest in rare diseases.

Since Rare Disease Day was first launched by EURORDIS and its Council of National Alliances in 2008, more than 1000 events have taken place throughout the world reaching hundreds of thousands of people and resulting in a great deal of media coverage.

The political momentum resulting from the Day has also served for advocacy purposes. It has notably contributed to the advancement of national plans and policies for rare diseases in a number of countries.

Even though the campaign started as a European event, it has progressively become a world event, with over 70 countries participating in 2013. We hope many more will join in 2014. Our objective is for the WHO to recognise the last day of February as the official Rare Disease Day and to raise increasing awareness for Rare Diseases worldwide. 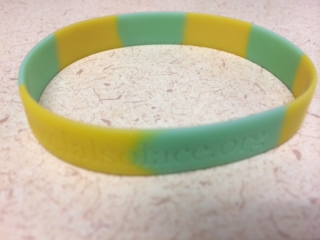 The important part of rare disease day is to increase awarenss for rare diseases worldwide. I would like to offer our members one of our LAL Solace Bracelets. If you are interested in obtaining one or two, leave me an email with your address. If you are interested in selling some to raise money for LAL Solace, let me know and I will send you how many you think that you can sell. Minimum donation for each bracelet is $5.00.

Replies to This Discussion I would like to have 10 of these braclets. My email is bmcfarm@gmail.com